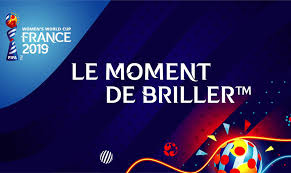 The first Women’s World Cup tournament was held in China and not very many people who weren’t related to one of the players on the 12 participating teams even knew the tournament was happening. The USA are the reigning champions, beating Japan in 2015. While in 2011, the tables were turned and Japan came out victorious beating the crowd favorite Team USA. Past Champions; USA: 3, Germany: 2, Japan: 1, Norway: 1. Can a new country take the title in 2019?

The Women’t World Cup will be played in 9 cities across France, hosting 24 teams and 52 matches. The last tournament in Canada reached over 764 million people, but Women’s World Cup in France is expected to go way over that number. It will be broadcast in over 200 countries. And the prize money has been doubled to $30 million from the $15 millinion in the 2015 edition. While the wage gap to the men’s tournament is still significant ($270 million difference) the focus should be on the teams and players who have sacrificed so much to play this summer.

It’s not just FIFA that believe female players deserve equal treatment and an amazing tournament, but companies are stepping up too. Adidas is set to give their sponsored female athletes who win the tournament the same bonus as their male counterparts. And LUNA Bar has decided that the US Women’s National Team deserve the same salary as the men, meaning they will be awarding $31,250 to each of the 23 women named to the team’s roster in order to make their bonus the same as the men’s team. And while Nike has not followed Adidas’ initiative to pay equal bonuses, they did step up their women’s game by working directly with player’s to design over half of the team kits of the participating teams in the tournament (14 out of 24 kits) and unveil them in a super cool way.

Do you know who’s playing in the tournament? Which teams are the favorites? What player you should be paying attention to? Have you ever heard of Rennes, France? Or eaten a galette saucisse?

If you want to know the answer to any of these questions subscribe to this blog and follow intelligentfc.com. Every Wednesday we will break down the groups and give you the who’s who of the teams with our Women Crush Wednesday segment and come back Friday for Field Fridays to know more about the stadiums and the cities where the games will be held. 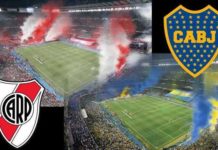