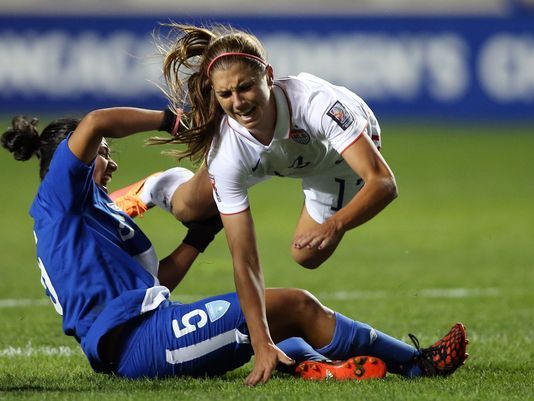 Recently a colleague  asked me about women’s football and if I thought diving was as prevalent in the game as it is in the men’s game. And my instant answer was ABSOLUTELY NOT! But stepping back and trying to be more objective I had to wonder if my response was true or if I just wanted it to be true. As a player female or male, I can’t believe many would own up to being ‘a diver’ but flipping through any weekend highlight real or especially meme’s about football, it’s hard to overrule that maybe it happens in the women’s game too.

I’ve scoured the web and actually found some statistics to back up my initial reaction, that men do dive more than woman! According to a 2011 study by Wake Forest Baptist Medical Center, published in the journal Research in Sports Medicine showed that 13.7 percent of women’s injuries were classified as a definite injury while only 7.2 percent for men. According to Dr. Rosenbaum “The goals of our study were to determine the frequency of apparent injury incidents in women’s international soccer and estimate what proportion of these incidents is authentic. It is clear from this study that female players don’t fake injuries at the same rate as their male counterparts.” So how can one actually prove that men dive more? Rosenbaum and his researches watched 47 matches from 2 televised international women’s tournaments, labelling incidents where a player acted as if they had been injured. Then the researchers divided these into ‘definite’ and ‘questionable.’ A ‘definite’ injury was deemed if a player exited the match within five minutes or if bleeding was visible, all others were considered ‘questionable.’

So why don’t we dive?

I believe it could be due to the fact that women who play the game are always trying to prove they belong in it and that every time they step on the field they are just as strong and tough as the men. Or maybe we are just programmed different. Some consider ‘diving’ a form of cheating and I think most women want the game played fairly. Since they understand what it’s like to be treated unequal when they step on the field, that’s all they’re looking for.

Some cultures look down on diving believing it’s ridiculous and something that only happens in soccer. In fact many americans have shied away from the sport just for this reason. English fans even go as far as to boo there players for diving. Yet there are many cultures that promote diving and even teach there players how to do it. But this is an entirely different story for an entirely different day!

It’s actually ironic if you think about it. People usually argue that the women’s game is less entertaining. Is that because we don’t act on the field? When we get hit we just get back up and when we get touched we don’t go down. Other’s claim they are bigger and stronger, yet this is completely contradictory to the fact that men flail themselves regularly during matches, screaming as though they just tore every ligament in their knee and their career dreams have just been shattered, to getting up seconds later and jogging off like nothing 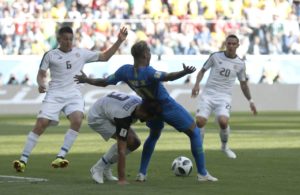 happened. That doesn’t seem like someone bigger and stronger. What’s even funnier is that on further research there are tons of lists of the top male ‘divers’ in the game. Even Wikipedia has one! And two of the top names on the list are two of the biggest names in the game,

So I think that I have finally solved the problem of why the women’s game is just not as popular as the men. WE DON’T DIVE! Maybe the women should start diving more and our annual incomes will rise. 🙂

All jokes aside, I was glad to see that in Russia the diving was more limited than in other tournaments. Have the men grown up? Or has VARS helped control this obnoxious behaviour? As always, please leave your thoughts in the comments. 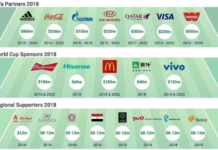