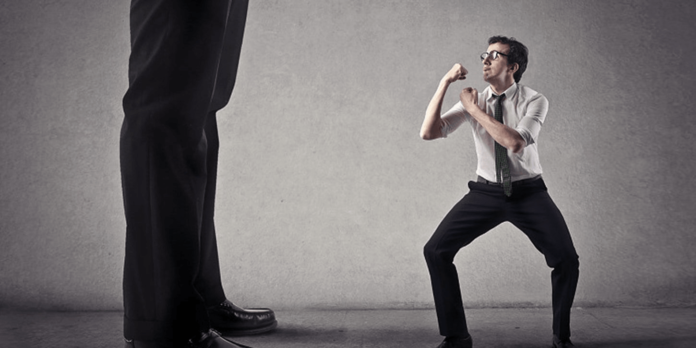 The commercialisation of the football industry blows our mind by breaking records, but more money is yet to come. How will this affect the game? And what challenges will it bring?

Astronomical transfer spending at Paris Saint-Germain by the acquiring of the Brazilian forward Neymar for 222 million euros and the frenchman Kylian Mbappé last year (145m + 35m in bonuses) questioned the whole system of UEFA’s Financial Fair Play (FFP) regulations. Elite clubs’ overspending raised many questions about the monopoly of the rich and the competitive balance in the European arena, being the grounds for strengthening FFP regulations prior to the upcoming season 2018/2019. PSG is likely to pay for their breach of the break-even rule and among the consequences will not only face a big fine but theoretically a ban from participation in the next Champions League tournament, which I personally doubt to be the case.

Strong globally branded clubs with massive financial investments from princes of the Gulf, Chinese corporations and American businessmen are not afraid of impending fines from the FFP, and are ready to spend more. As a result, this creates an open challenge to the healthy competition. Contrary to this model is the American league, MLS, which applies salary caps balancing the competitiveness and bringing financial sustainability. However, many disagree with this, Andrea Agnelli, the chairman of Juventus and the European Club Association (ECA hereafter) is among them.

Andrea Agnelli is nourishing the idea of expanding the Champions League format, having more games for elite clubs and fewer domestic matches. At the same time, he is against Gianni Infantino’s, intention to reform a new Club World Cup tournament counterbalancing UEFA’s Champions League which is another ongoing discussion at the moment. FIFA’s president claims that between 25 and 35 percent of the income from the tournament will go to the respective confederations, while the remaining money will be shared among the 24 participating clubs. Will all this money stay in football? Could it become the basis for developing grassroots, league, amateur football, and women’s football? Is it possible the influx of money could benefit the community and not just enrich already rich clubs?

The foundation of the European Club Association (ECA) 10 years ago was doubted by UEFA’s former president Michel Platini. Nevertheless, representatives from 163 member clubs attended the European Club Association’s (ECA) 20th General Assembly in January 2018 celebrating the organization’s 10-year anniversary, which highlighted the fact that football is evolving at a rapid fire pace, therefore, new models and strategies of club management should be implemented, the outdated system is to be revised and transformed and more importantly, organizations regulating football should contribute to its further development.

Over the last 10 years ECA showed itself as a very effective and strong organization, whose voice is listened to, no wonder it has received 2 seats in the UEFA Executive Committee working closely on the promotion of football and making important decisions regarding clubs and sustainable development. The task of ECA is to challenge UEFA and FIFA, developing the idea that the game would not exist without players and clubs.

Aleksander Ceferin, the UEFA President has emphasized recently that “money does not rule – and the European sports model must be respected.  Football is not for sale. I will not let anyone sacrifice its structures on the altar of a highly cynical and ruthless mercantilism” criticizing the ambitious intention of Gianni Infantino which will challenge UEFA Champions League, the world’s most viewed and prestigious tournament.

Every participant keeps trying to squeeze as much income as possible from the competition for himself looking up at the highly profitable model of English Premier League. The cooperation between key stakeholders and governing bodies seems to be nominal at the moment. Money talks…

Let us go into some statistics. English clubs’ dominance highly depends on their TV broadcasting deal, putting them ahead in terms of revenues of all other European leagues. Their £8.4bn  2016‑2019 broadcasting deal is the main reason why 10 Premier League clubs made it into the 2018 Deloitte Money League top 20. For instance, 79% (€166.4m) of Southampton revenues are generated by the broadcasting deal shares, in comparison with Juventus’ £200.7m whose sportive success has been more than obvious reaching the Champions League final twice (2015, 2017), not to mention the record 7th consecutive Serie A champions title. The Saints, on the other hand, not without difficulties, escaped the relegation this year ending up 17th, but got an impressive inflow in 2017 and have a good sustainable model. Serie A, like Bundesliga, League 1 and La Liga lack the competition, therefore, big players look elsewhere. 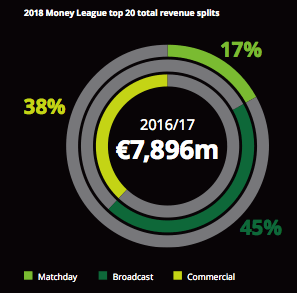 Notably, that ECA would like to see more earnings shared with clubs from UEFA EURO and FIFA World Cup. The World Cup 2018 in Russia will bring 209m (USD) to clubs within ECA, which is viewed as a drop in the ocean. In addition, FIFA is looking for new ways of getting more revenues, while clubs expand their brands using other commercial activities to get more global recognition and attract revenues.

It suggests that football competitions are likely to be modified within the next few years, new formats and tournaments following the path of extensive commercialisation will emerge. However, it seems that there is no place for small clubs there. That being said we get back again to the ubiquitous question of money in football.

How can money circulate in Europe to the benefit of the game creating conditions for healthy competition? The answer might be simple: all stakeholders must learn to work together in an open and transparent way putting the integrity of the game before greedy intentions.